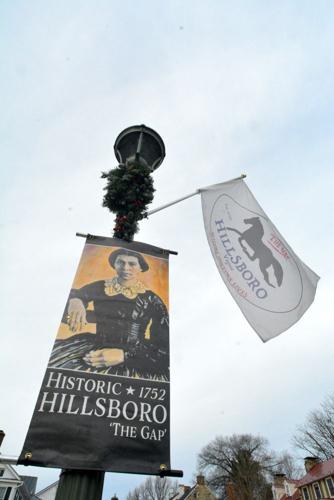 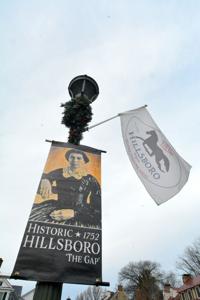 A portrait of Susan Koerner Wright is displayed on a light post in Hillsboro. 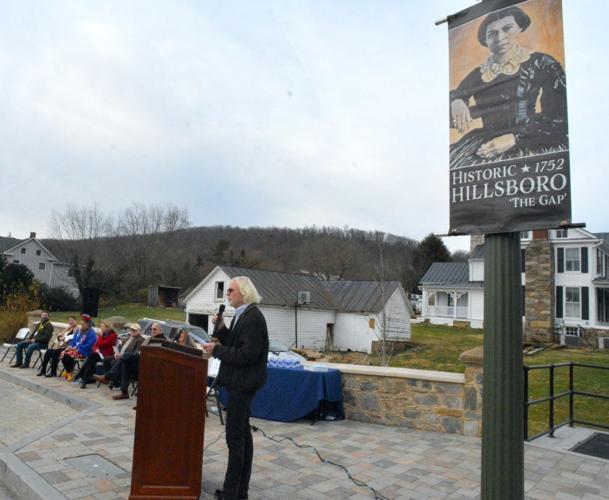 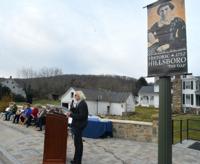 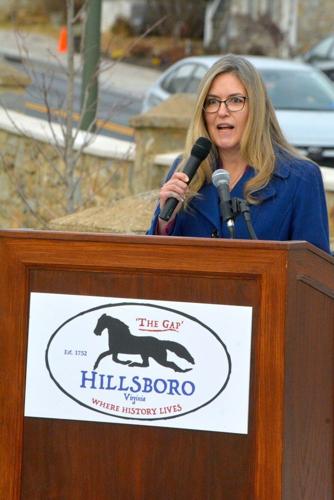 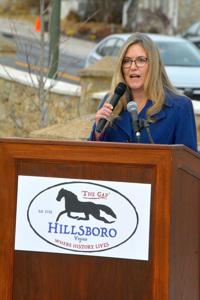 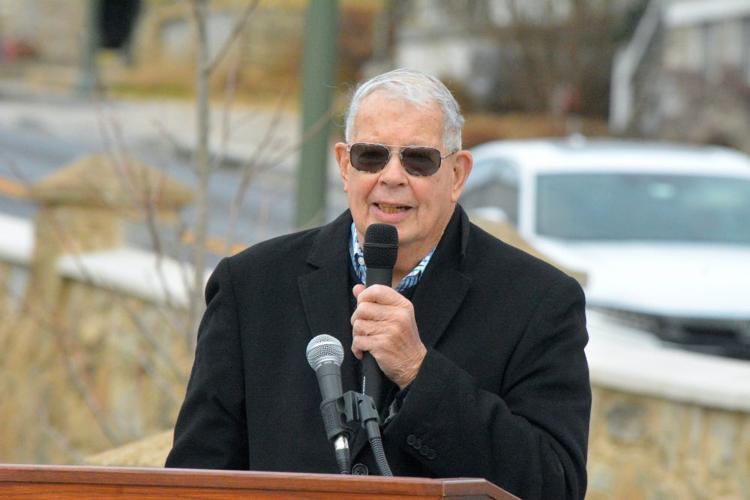 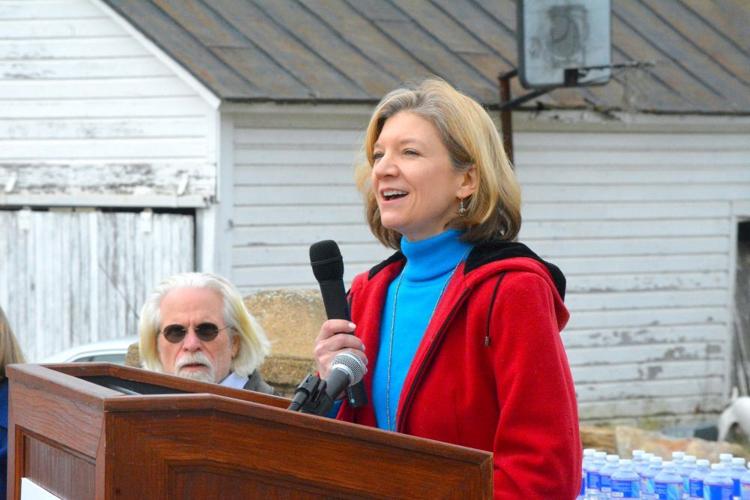 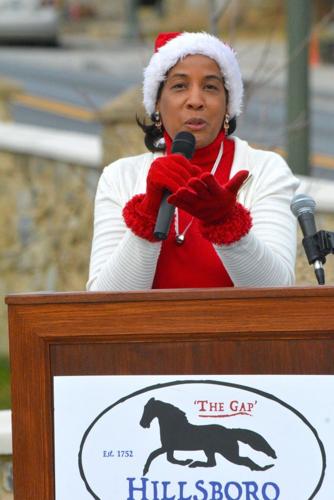 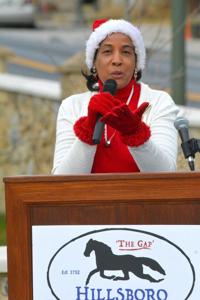 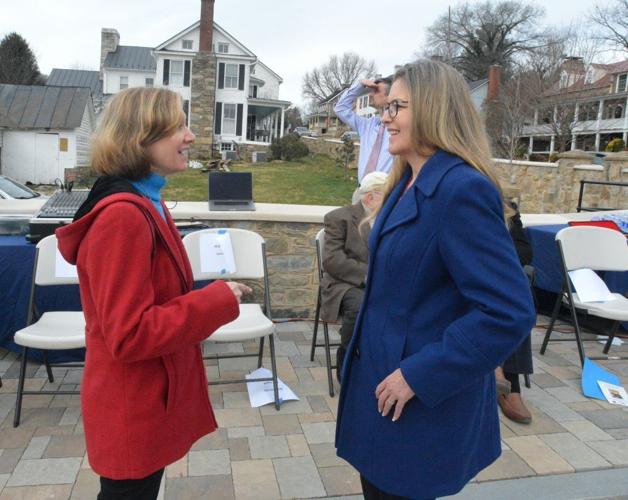 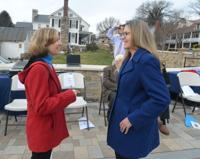 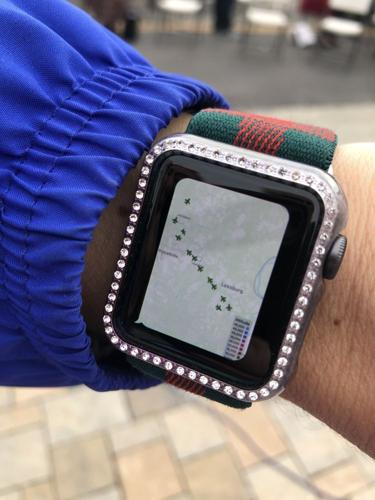 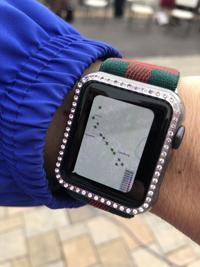 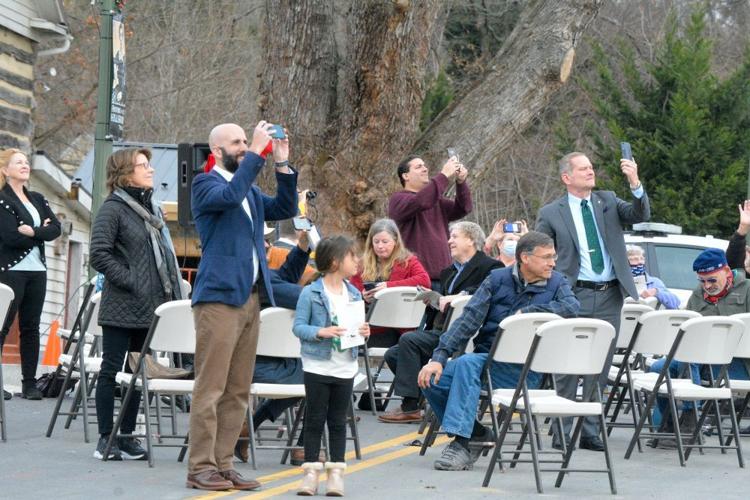 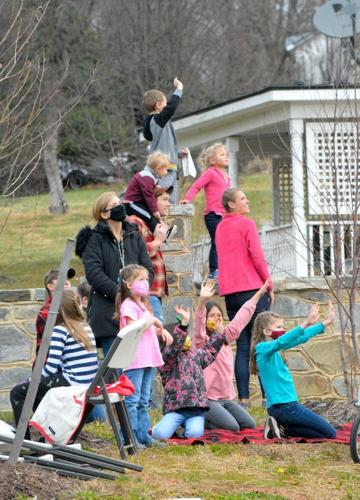 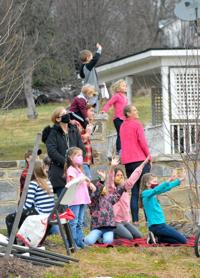 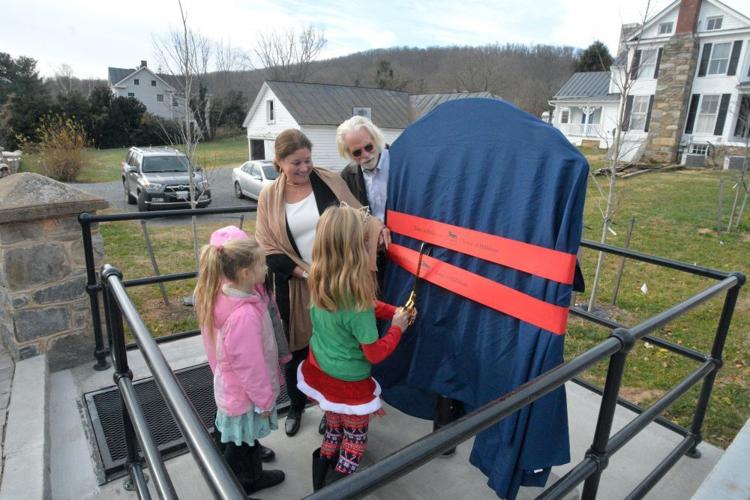 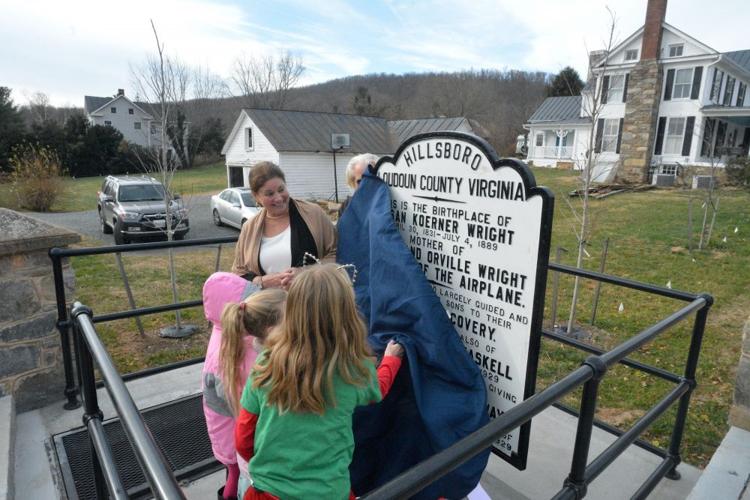 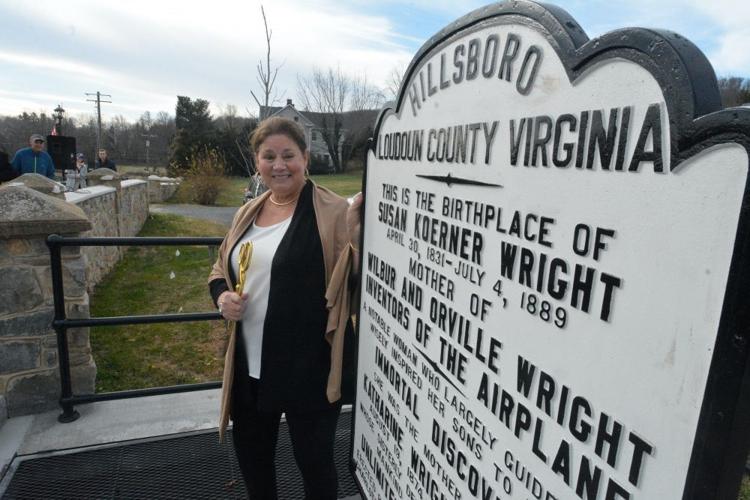 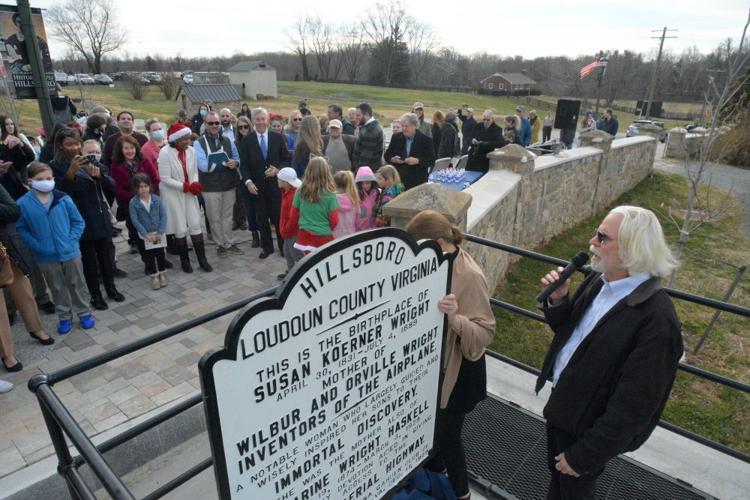 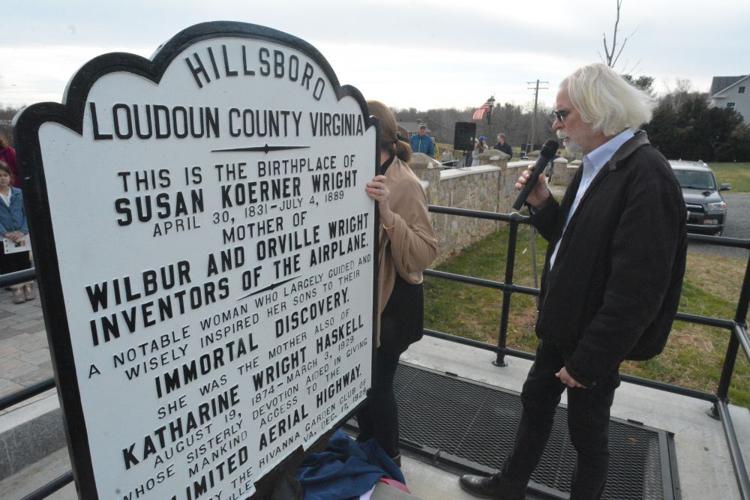 Marking the 117th anniversary of the man’s first powered flight, a crowd gathered in Hillsboro to celebrate the pioneering woman who helped inspire the famed Wright Brothers’ inventions.

Mayor Roger Vance led Friday morning’s special ceremony to rededicate the restored historical marker that recognized the town as the birthplace of the mother of Wilber and Orville Wright, Susan Koerner Wright.

The marker was originally erected at the corner of Route 9 and Gaver Road in 1929 as an initiative of the Rivanna Garden Club in Charlottesville. The memorial was removed and refurbished during Hillsboro’s extensive road and sidewalk construction project.

While the first ceremony focused on the marvels of human flight, Friday’s event celebrated the role of women in aviation and other STEM pursuits.

While the Wright Brothers might not have revolutionized transportation without the inspiration of their mother, Hillsboro might not have been recognized as Susan Koerner Wright’s birthplace without a series of misunderstandings.

The Rivanna Garden Club took up the memorial effort when one of its members believed Wright was born in Albermarle County, which also once had a town named Hillsboro. After learning she was born near Loudoun County’s Hillsboro, the club placed the marker there. However, historian Eugene Scheel told the crowd Friday that the Koerner family homestead was closer to Purcellville than to Hillsboro. But Purcellville lost out on the claim to fame because, at that time, the town consisted of little more than two buildings, one of which was Purcell’s Store. The Koerner home was located along the postal route from Hillsboro, thus had a Hillsboro address.

Also to celebrate the anniversary of the first flight, the program included a flyover of 10 airplanes and a helicopter organize by the Smokehouse Pilots Club and a performance by students at the Hillsboro Charter Academy.