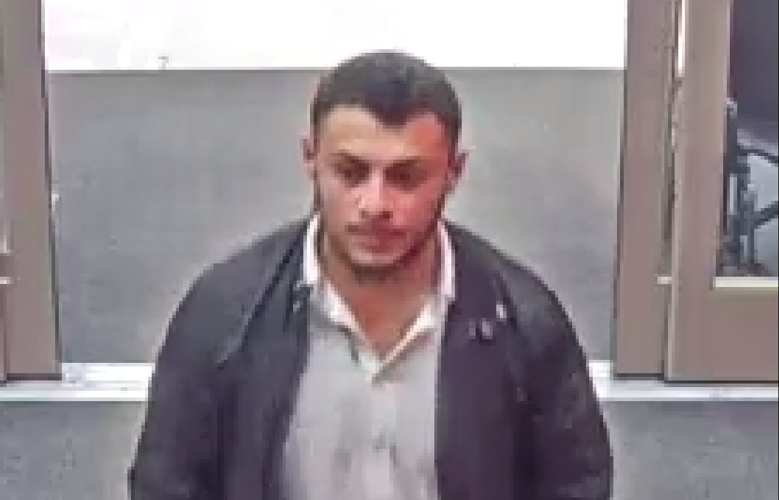 An image provided by the Leesburg Police Department of the suspect in a reported sexual battery at Target store on Edwards Ferry Road on Oct. 19, 2022. 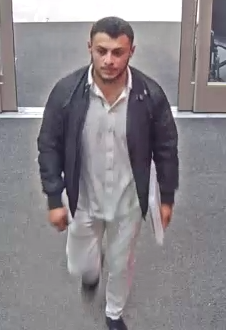 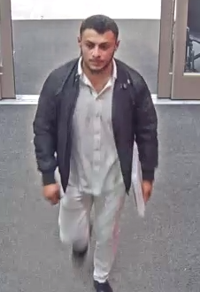 An image provided by the Leesburg Police Department of the suspect in a reported sexual battery at Target store on Edwards Ferry Road on Oct. 19.

The Leesburg Police Department is asking for the public’s help identifying the suspect in a reported sexual battery in the Target store on Edwards Ferry Road on Thursday.

According to the report, the victim was shopping in the seasonal section of the store shortly before 7 a.m. Oct. 19 when a man holding a clipboard approached her and groped her. He immediately fled the store and left the area in a newer model white Dodge Caravan.

The incident was reported to police the next day.

The suspect is described as a male approximately 30 years old, 5 feet, 7 inches tall, weighing 140 pounds, wearing a white dress shirt with white pants, a gray denim jacket, and black sneakers. It was reported that prior to the assault, he was observed walking around the store approaching customers with a clipboard soliciting donations.

He is also believed to have committed similar offenses at other Target stores around the region, according to the agency.

The incident remains under investigation by the Leesburg Police Department Criminal Investigation Section. Police asked anyone who has not already spoken with law enforcement and who has information about the incident to contact Detective M. Pacilla at 703-771-4500 or at mpacilla@leesburgva.gov.

To remain anonymous, call the Leesburg Crime Line at 703-443-TIPS (8477). Information can also be sent using TIPSUBMIT via text. Text 274637 (CRIMES) and begin the message with LPDTIP.